Addiction or substance use disorder (SUD) is complex a condition in which there is uncontrolled use of a substance despite harmful consequence. With an estimate of 246 million people with illicit drug uses worldwide (2013), this is a global problem. Substance use disorders causes around 400,000 deaths in annually, excluding alcohol overdose. In the United States alone, drug overdoses cause 78,000 deaths directly in 2017, and alcohol consumption and tobacco usage contribute 88,000 and 480,000 deaths annually. It is estimated to cost around $420 billion annually in the United States and $120 billion in health care system. However, it is more of a concern that SUD often has comorbidity with serious mental illness with a high prevalence. Such serious mental illnesses include major depression, schizophrenia, and bipolar disorder, and other mental disorders that cause serious impairment. Around 1 in 4 individuals with SMI also have an SUD. 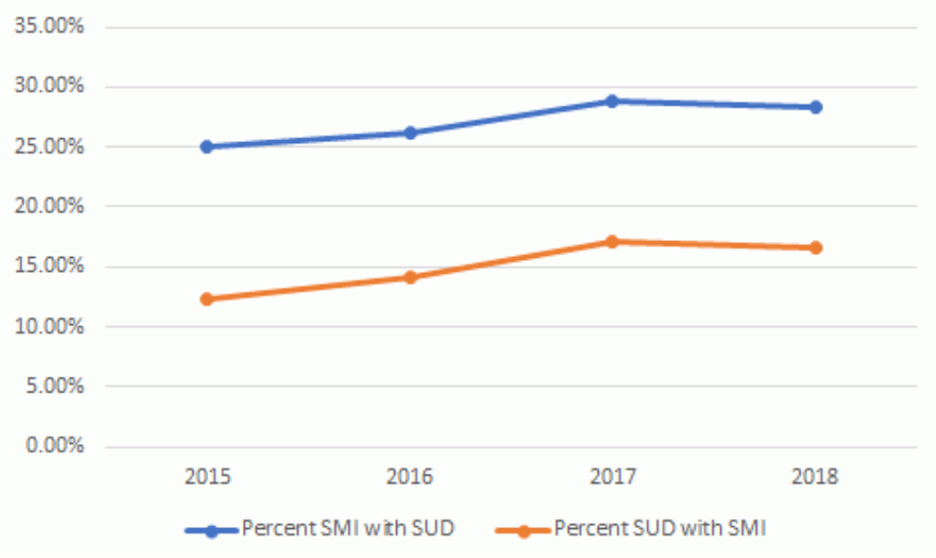